Prop TVs,com LLC offer fake flat screen TV props, desktop computer props, prop laptops and tablet props from our factory located in  metro Pensacola Florida. PropTVs.com faux prop TVs and simulated electronic props are made in the United States of America and ship factory direct to provide the lowest prices and fastest delivery times. We have been serving Furniture Manufacturers, Furniture Retail Stores, Showrooms, Home Staging, Realtors, Interior Designers, Theatrical Productions, Home Builders, Apartment Management and more since 2014. All of our products are made of plastics and acrylics and designed to be realistic, durable,

light weight, modern and easy to use.

Quality, Value and Style with impeccable Service, We will not be undersold. We will match any competitors

published pricing. Check Us out and see for yourself.


“Your Prop Experts for over 30 years”

PropTVs.com LLC was launched in 2014 as a successor of sorts to one of the leading Prop electronics

providers ever. Joe Barnes founder and president of Prop TVs.com was the co-founder and owner of that

company from 1985 until 2014. With shifting corporate visions and consumer market demands at play for fake

electronic props in America and Canada, Mr. Barnes decided to go into a more modern and affordable fake electronic props direction with a new company. So with that move and a team with over 20 years of experience Prop TVs.com was launched with a focus on the ever changing style and designs of today’s interactions with TV’s, Laptops, Tablets and Phone devises. Along with great customer service and ease of online and catalog ordering Prop TVs .com has become a leading provider of the Home Staging, Interior Design, Home Building and Realtor, Production and Furniture Display Industries.

Chicagoland is known for quite a few things But one thing it probably doesn’t get enough credit for is its role in the production of simulated TVs and faux electronics. During the 1980s, a number of companies showed up in the suburbs of Chicago Iillinois, each promising to fill a gap in the furniture showrooms of the world.

Two of the Innovating Companies.

Chicago’s Box Props*, which started the trend in 1981, used cardboard to create its fake television sets and computers.

Northbrook’s Proptronics*, a firm founded three years later, added plastic and a degree of realism to the equation.

These days, however, *you won’t find any of the those early pioneers online, though some other Prop providers have sprung up from Taiwan in Asia to Australia and New York City in America. Joe Barnes started a successor of sorts to all those companies and relocated to Pensacola, Florida as PropTVs.com, far away from Chicagoland. Prop TVs.com remains active today and are pretty hard to miss if you search for information on fake TVs or Prop TVs in Google, Bing, Yahoo, youtube and facebook search engines.

Our Props are made in America and we support our fellow American manufacturers and suppliers nation wide.

Our Props are made in America and we support our fellow American manufacturers and suppliers nationwide. 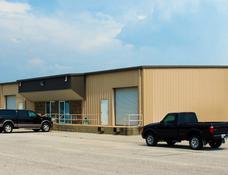